THE WEB - too late

Not long ago, one of my colleagues said that the sound of my tracks reminded her of times when "Little Fluffy Clouds" was hip (The Orb, Adventures Beyond The Ultraworld, 1991), and asked me if I hadn't listened to "newer" electronic music since then, meanig different style than the techno-sound of the 90ies. ...something others call "electro", "minimal" or so?


Well, I don't use "ableton Live" or "Reason", so my sound doesn't sound the same as most of this "minimal" stuff out there. It sounds like something that has been there already somewhere in the past. And it should, because I adore the sound of the early 90ies, it's carrying open-minded positive feelings. But apart from that: Whatever electronic sounds/styles there is nowadays - you'll find it in a track that was produced in the past century. If you're interested in electronic music. So in this respect - and also apart from the fact that I do not run for a hit or being a star - almost every electronic music track issued today could have been a Top10-Hit in the clubs if it was published at "the right time" in the past...: today is too late.


The track too late was produced in march 2010. While completing the track I had several ideas for another version of the track, so in april I decided to use them by doing a "1:1"-remix first and expanding and variegating this remix-version to yet another track (mellowmix). One of the essential changes to the original version is the reversing of the mellow piano- theme. To complete the series, I changed the beat, rearranged and extended the synth sounds and reconstructed the voice samples. This retrofit of the original version (may 2010) completes the "too late" series. 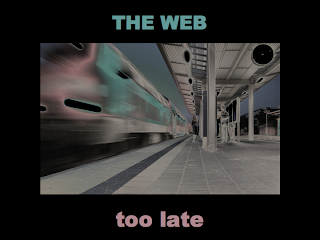 "Raumstift" is one of my favourite Magnetfisch-Tracks. Their 2003 Album *Silence Fiction" is an instrumental electronic music highlight - especially if you were a teenager in the 80ies, wearing dark clothes and listening to wave, alternative, synthpop, and maybe a bit of ebm/industrial ;-)

As we found out in numerous talks - or beers - knocking off work, Timo Barrelet, co-founder of Magnetfisch (keyboards/programming), and I are on the same wavelenght when it comes to favourite bands of the past. Only had I walked on pure electric grounds since the end of the 80ies. So as a surprise-present for Timo, I decided to do a technoid Remix of "Raumstift". Right when I started working on the track it became clear - if not to say obvious - that some of NASA's audio bits had to be on board too. And that was it - a NASA Remix.

I finished work on the Remix in November 2010 and after that found it would be nice to have some visuals for the track too. So here's my NASA Remix Video (January 2011 / 720p Version July 2011)